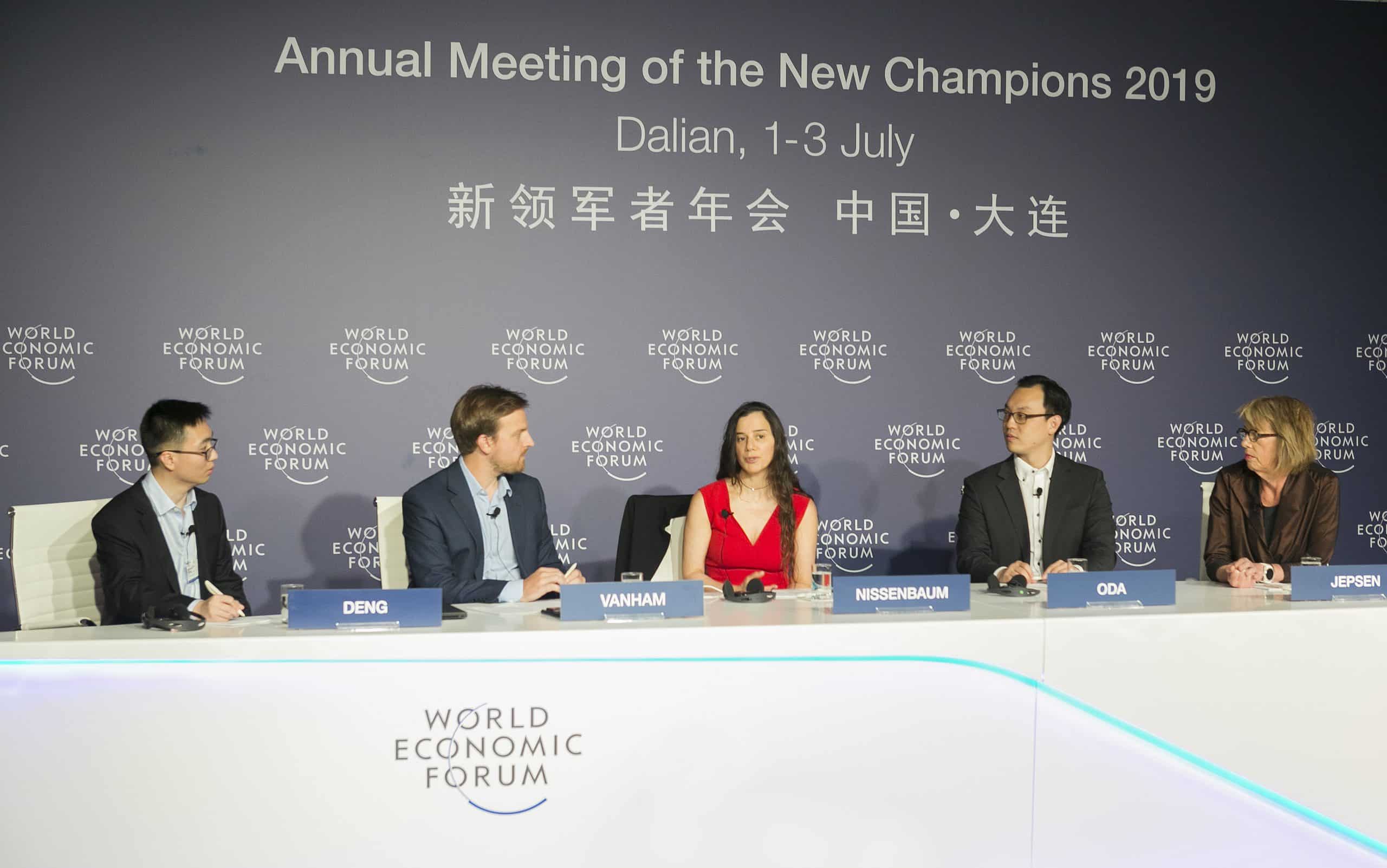 TIPA® has been recognized by the World Economic Forum as a 2019 Technology Pioneer! Launched in 2000, the Technology Pioneer community is composed of early to growth-stage companies from around the world that are leaders in the design, development and deployment of new technologies and innovations, and are poised to have a significant, global impact on business and society.

The World Economic Forum (WEF) believes that innovation is critical to the future well-being of society and to driving economic growth. As such it recognizes a limited number of companies each year as Technology Pioneers and invites them to participate in impactful initiatives, activities and events, where they bring cutting-edge insight and novel perspectives to world-critical discussions.

The Technology Pioneers of 2019 bring together 56 early to growth-stage companies from around the world that are pioneering new technologies and innovations ranging from the use of artificial intelligence to fight human trafficking, driverless trucks, quantum computing systems, compostable packaging, and blockchain solutions to tackle disinformation.

By joining this community of thought leaders, TIPA® along with the other Technology Pioneers will begin a two-year journey where they will serve as impactors of change, participating in pertinent discussions and initiatives, bearing the World Economic Forum mission in mind – to improve the state of the world.

In this video moderated by Peter Vanham, Media Lead, US and Industries, WEF, four CEOs from the WEF 2019 Technology Pioneer cohort discuss their innovative technologies and how they will shape the future. The CEOs include:

TIPA® was inspired by nature, for example  orange peels to solve one of the most-talked about global problems – single-use plastic packaging. The result is that TIPA® has developed an alternative to conventional flexible plastic packaging, one that is fully compostable and that can be turned into compost within 6 months in industrial or home composting facilities.

TIPA’s CEO and Co-Founder Daphna Nissenbaum describes the properties of the compostable packaging, “It’s just as transparent, durable and impermeable as conventional plastic packaging. It can be used for dry, baked and frozen goods, including fruits and vegetables, apparel and other products.”

If compostable packaging is to be widely adopted, it must act like conventional plastic. The packaging needs to be able to protect food and maintain shelf life and hygiene in the same way as existing plastic packaging, and also to fit seamlessly into existing production processes and logistics chains.

Only a small fraction of the plastic ever produced has been recycled. According to a 2017 study, since large-scale production began in the middle part of the last century, humans have created an excess of 8 billion metric tons of plastic.

In that time, more than 6 billion tons have become waste – and just 9% of that has been recycled. The rest has either been incinerated (12%) or sent to landfill (79%).

Much of the plastic has also ended up in the ocean – about 13 million tons every year, according to a UN Environment report.

TIPA’s packaging solutions were designed with the goal of achieving a circular economy through a true recycling process – composting.

TIPA® works closely with businesses of all types to design and provide compostable packaging ideal for their specific applications. This ranges from fresh produce, snacks and granola, to magazines and apparel where the company has worked with leading sustainability-focused designers like Gabriella Hearst and Stella McCartney.

What began with a bold, nature-inspired idea has led to a fully viable and readily adoptable circular solution, true sustainability by design.